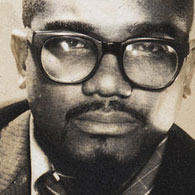 Baptiste was born in Port-au-Prince, Haiti. He moved to New York at an early age and began to study photography in High school. After receiving his formal training in photography, graphic design and advertising, he pursued his passion for photography by traveling between Paris, New York and London shooting the collections for various magazines.