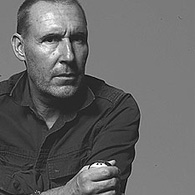 1979. Comte received his first international advertising assignment from Karl Lagerfeld for the fashion house of Chloe and moved to Paris. Work for the American Vogue lead him in 1981 to New York and later on he took residence in Los Angeles. “I have always lived on the edge”, Comte states on his restless persona.