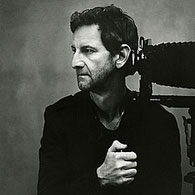 Mark Seliger was born in 1959 in Amarillo, Texas, where he lived with his parents, Maurice and Carol Lee, his two older brothers, and a younger sister until the family moved to Houston in 1964.

Seliger´s interest in photography began when his brother Frank promised to give him his Diana camera if he made a point in the Little League baseball game. Mark didn’t make the point, but he did manage to steal a base (after getting hit on the shoulder by the pitcher), making the camera now his. The darkroom became his first love and he devotedly practiced developing and printing at home.